I blame Bill Cosby. Yes, that Bill Cosby. Before Coz was “Cliff” Huxtable, Mother, Fat Albert, or the Jell-O Pudding Pop pitchman, he was a very funny guy, a stand-up comedian, and the track “Chicken Heart,” from his 1966 album Wonderfulness, was my first exposure–albeit secondhand–to the storytelling genius of American playwright, screenwriter, novelist, producer, and director Arch Oboler. 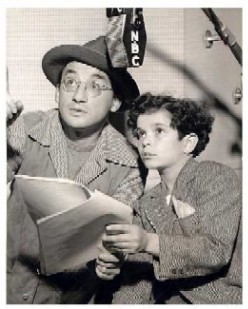 While Cosby futzes a number of the details in his retelling of Oboler’s 1937 radio drama “The Chicken Heart,” his routine stands as one of the most original and memorable accounts of a young child’s formative encounters with not just horror, but cosmic horror. For Oboler’s is a horror story that works on many levels: absurdist cautionary tale, Grand Guignol, “what if?” speculative sci-fi, newspaper noir, and apocalyptic cosmic joke. And I credit–and blame–Cosby for leading me to Oboler, and Lights Out, and my lifelong obsession with weird fiction and cosmic horror. 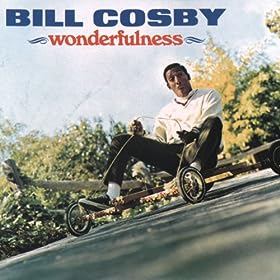 In mid-2007, David Templeton asked me to write a story for that year’s Twisted Christmas showcase at Santa Rosa’s Glaser Center. The result, my tribute to Coz and Mr. O alike (not to mention my adopted home town) was “The Killer Fruitcake That Ate Petaluma.” The story was performed–in full-on ear-cupping 1940s radio announcer style–by West Coast Live radio personality Sedge Thomson on December 8, 2007.

“The Killer Fruitcake That Ate Petaluma” opens my mini collection, The Pugilist’s Holiday and Other Holiday Tales of the Twisted and Grotesque, which is currently free to download for the Amazon Kindle, my Xmas gift to you.

And, just to give you an incentive to download and read “The Killer Fruitcake That Ate Petaluma”, if you’re one of the first three people to review The Pugilist’s Holiday and Other Holiday Tales of the Twisted and Grotesque, you can win your choice of a signed copy of The Book of Cthulhu, The Book of Cthulhu II, or Chick Bassist! Download, read, review, and send me a link to win!