I’m drawn to dark stories. Always have been. Rather than tales of sweetness and light, give me a story like “The Monkey’s Paw,” “A Rose for Emily,” or “The Killers.” I’m not a violent person, in fact I’m repulsed by real-world violence, but on some level, for a story to hit me the right way, it needs to have something strange and dark about it: An uneasy spirit, a desperate criminal, a murder…

So if your tastes, like mine, are a bit noir, or if you’re shopping for a gift for that weird friend or family member with a habit of reading tawdry black-covered books on killers, I’ve got some recommendations for you… 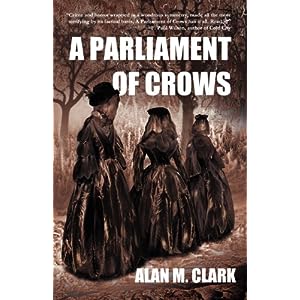 A Parliament of Crows, by Alan M. Clark:

From World Fantasy Award winner Alan M. Clark comes a godforsaken southern gothic based on the three most evil sisters in history. They are the Mortlow sisters, and they do it all for the family.

Of Thimble and Threat: The Life of a Ripper Victim, by Alan M. Clark:

In Victorian London, the greatest city of the richest country in the world, the industrial revolution has created a world of decadence and prosperity, but also one of unimaginable suffering. Ever-present in its streets are rats, parasites, filth, death, decay, danger and sorrow. Catherine Eddowes is found murdered gruesomely in the street. When the police make their report, the only indicators of her life are the possessions carried on her person, likely everything she owned in the world.

In Of Thimble and Threat, Alan M. Clark tells the heartbreaking story of Catherine Eddowes, the fourth victim of Jack the Ripper, explaining the origin and acquisition of the items found with her at the time of her death, chronicling her life from childhood to adulthood, motherhood, her descent into alcoholism, and finally her death.

Of Thimble and Threat is a story of the intense love between a mother and a child, a story of poverty and loss, fierce independence, and unconquerable will. It is the devastating portrayal of a self-perpetuated descent into Hell, a lucid view into the darkest parts of the human heart. 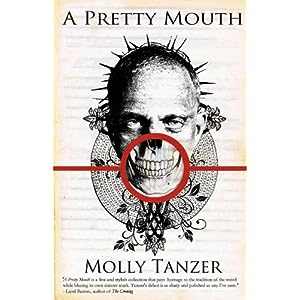 A Pretty Mouth, by Molly Tanzer:

Henry Milliner thinks his days of being the school pariah are over forever when he attracts the attention of Wadham College’s coolest Fellow Commoner, St John Clement, the Lord Calipash. St John is everything Henry isn’t: Brilliant, graceful, rich, universally respected. And as if that wasn’t enough, St John is also the leader of the Blithe Company, the clique of Natural Philosophy majors who rule Wadham with style. But when being St John’s protege ends up becoming a weirder experience than Henry anticipated — and the Blithe Company doesn’t quite turn out to be the decadent, debauched crew he dreamed of — Henry has some big decisons to make. Should he beg the forgiveness of his only friend, naive underclassman John Wilmot, 2nd Earl of Rochester, or should he ride it out with St John and try to come out on top?

Tangling with a Calipash is an invariably risky endeavor. From antiquity to the modern era, few who have encountered members of that family have benefited from the acquaintance. If only Henry knew the that Calipashes are notorious for their history of sinister schemes, lewd larks, and eldritch experiments, he would realize there are way worse things than being unpopular… 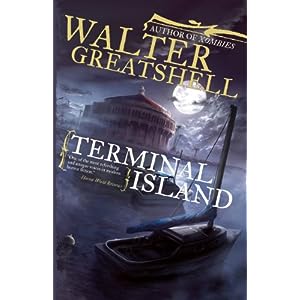 As a child, Henry Cadmus lived on Catalina Island, a scenic vacationland off the Southern California coast. But Henry’s experiences were far from idyllic. Today, even though Henry has seen firsthand the horrors of war, the ghastly images that haunt his dreams are ones he associates with his childhood… and the island: a snarling pig-man holding a cleaver; a jackal-headed woman on a high balcony, dripping blood; strange occult rituals… and worse. If it was up to Henry, he would avoid the island entirely.

But Henry is returning to Catalina Island. At his wife Ruby’s insistence, Henry, Ruby, and their infant daughter are coming to Avalon, so that Henry can face his fears, exorcise his demons, and reconcile with the one he dreads most… his mother.

Making a killing in rock and roll can be murder…

Erin Locke, the Queen of Rock, wakes up at the crack of noon.

“La Cucaracha” has infested her dream, and now echoes through her hotel room. “What the fuck is that?” Erin’s voice is muffled by the thick blankets that completely cover her. Beside the lump that is Erin lies a black Ibanez bass guitar. A Heroes for Goats sticker adorns its reflective surface. Erin thrusts one arm out from beneath the blankets and fumbles for the nonexistent alarm clock. She’s still slogging off fragments of her dream, that goddamn recurrent creep-out where she’s a praying mantis, translucent green, perched on the crest of a burning city, devouring her still-copulating preymate. This time her meal had worn her father’s face. Those dreams were the worst.

"I have often thought that with any luck at all I could have been born a werewolf, because the two middle fingers on both my hands are the same length, but I have had to be content with what I had." —Shirley Jackson, We Have Always Lived in the Castle

Congratulations to all of this year’s This Is Horror Award winners, but in particular, congratulations to John Langan, whose Word Horde collection Children of the Fang and Other Genealogies has won in the collection category. Check out the full list here. thisishorror.co.uk/awards/thi…

Ham and cheese and why books are the ultimate information sandwich… 🥪 twitter.com/incunabula/sta…